Sticking to your pricing principles

Because regulations around pricing practices are principles-based, difficulties arise for traders and enforcement officers. It’s created a need for up-to-date, reliable direction on how to interpret the rules.

Regulations governing markets are often vague, in order to allow enforcement officers at local and regional level to interpret the rules pragmatically. While the EU and the UK Government have increasingly moved towards applying that theory, it can allow for abuse and mismanagement of the guiding principles by market participants, and creates the need for up-to-date guidance from industry bodies and government-backed institutions.

Nowhere is this more the case than in the pricing realm. In the UK, the area is governed for the most part by the 2008 Unfair Trading Regulations. These principles-based regulations avoid prescriptive rules, focusing more on a set of general principles for fair trading.

The assumption underpinning the rules is that traders hold the responsibility for ensuring that their pricing practices do not mislead consumers, and the legislation does not attempt to identify every single fair or unfair pricing practice – which would be impractical and could lead to ‘safe harbour’ abuse. But that, in itself, raises problems.

Over the past twenty years, experts say, pricing practices – the way in which goods and services are presented to consumers – have become more convoluted as access points have grown and different sales approaches have entered the fray.

In the UK, competition among market players across a number of industries has become much more aggressive, leading to dynamic pricing strategies that can perplex and mislead consumers. That’s according to Wendy Potts, director of Legal Eyes, Chair of the Business Members Group (BMG) of The Chartered Trading Standards Institute (CTSI) and Lead Officer, Fair Trading (Pricing).

“I think there has been some advantage taken in the interpretation of the legislation. It isn’t always interpreted fairly for the consumer,” she says.

“We’ve got very aggressive marketing in the UK – certainly compared to the rest of the European Union. I think it could be done better. The legislation we’ve got is principles-based so it’s difficult for officers to force advertisers to operate any better or be any clearer and because there’s so little money – with so many cuts at local authority level – the opportunity or the likelihood of prosecution is low. It’s not seen as a high-risk area in terms of consumer detriment.”

Updated guidance
Given the nature of the regulations and the changing market conditions, up-to-date guidelines must be presented to the market and enforcers. In April this year, Potts co-authored just such advice, in the form of the Guidance for Traders on Pricing Practices, which was produced by the CTSI at the request of the Department of Business, Energy and Industrial Strategy (BEIS) and the Consumer Protection Partnership (CPP).

The document replaces the 2010 Pricing Practices Guide, produced by the then Department for Business, Innovation and Skills. That guide was not aligned enough with the legislation, however, and did not provide enough flexibility to cover new and developing markets, says Potts. And markets have indeed changed over those eight years, but the loss of well-established rules and exact guidance – for discounted pricing periods for example – and the inclusion of highly interpretative phrases such as ‘significant sales’ and ‘significant proportion’ put the onus even further on to enforcers. In many ways, a more complex marketplace inevitably leads to less prescriptive guidance and more emphasis on interpretation.

Appointed in April to the BMG’s Chair role, Potts has sympathy for those who initially framed the legislation, but the fact that the principles are meant to work across multiple sectors doesn’t make things easy for those in the market aiming to stay within the confines of the rules – or for the enforcers.

“It’s a very complicated field out there – with more consumer choices – which has created more aggressive pricing practices.” 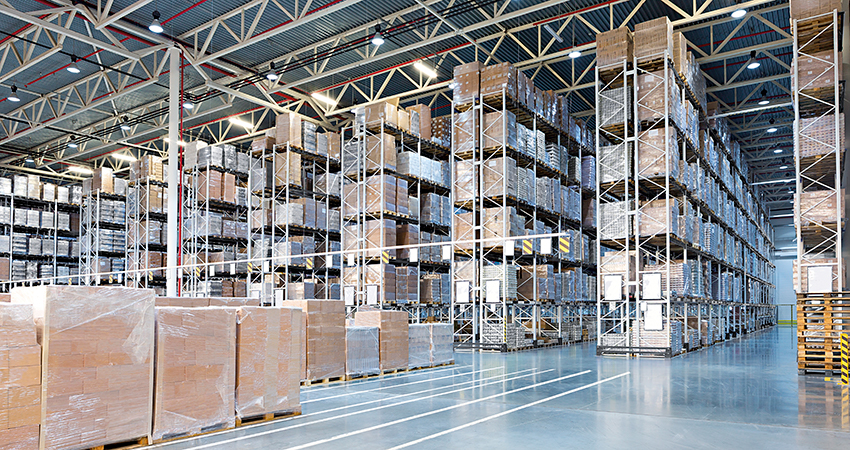 The online marketplace
Potts says that technological changes – and in particular the rise of the online marketplace – have made things a lot more difficult in terms of enforcement. For instance, companies may be based in one jurisdiction but selling in another, making it almost impossible for government officials to pursue actions.

Further, online markets are incredibly fast-moving, with broader platforms such as Amazon and eBay allowing both company and private traders to establish a customer base from which they could potentially advertise inappropriately, sell goods or services illegitimately, and then close their account within an hour. In instances of this nature it can be difficult to track down the entity and creates a litany of other problems, says Potts.

As well as these cases in which consumers are misled on a one-off basis, so-called ‘subscription traps’ – in which a shopper has been led to believe they are agreeing to a single purchase but in fact have signed up for multiple purchases over an extended period of time – have grown as quickly as the internet itself.

Potts suggests this happens in smaller industries, where individual consumers are targeted. She gives the example of a recent case in which a consumer had signed up for a face cream, believing they were getting a substantial reduction in the one-off purchase price. The savings had indeed masked the fact that the buyer was signing up to the offer every month. “I think the method of online advertising is fraught with issues,” says Potts.

As the dotcom boom took shape and the online marketplace surged, regulators and government bodies struggled to keep up. The market quickly became rife with predatory pricing practices, involving misleading price display tactics such as ‘drip pricing’ – in which hidden charges are added on top of the advertised rate towards the point of sale – which were notably popular among airlines. As more companies entered the marketplace, so did the opportunity for consumer detriment, says Potts.

Pricing practices arms race
However, as the sophistication of these practices rose, so too did regulators and enforcement officers’ knowledge of what needed to be done, meaning that some of the practices have been stamped out. Better pricing practice standards have been encouraged across a number of industries, and engagement with organisations such as the CTSI and industry experts have paid off. Those entities have learnt much about the changing nature of the market, and are aware of the need to stay ahead of it.

“I believe it has got slightly better with advice and recommendations that have been made to businesses in the last few years,” says Potts.

A mixture of regular advice on the regulations provided by government bodies, guidance papers such as those published by CTSI on Business Companion, and a number of high-profile cases have helped direct market participants on what fair pricing should look like, and made consumers more aware of the pitfalls. Drip pricing is being phased out, and companies such as Ryanair no longer advertise flights for 99 pence only to add a variety of taxes and charges as the purchaser nears completion of the transaction.

Bodies such as the Competition and Markets Authority (CMA) have brought the airline industry together, forcing them to agree to certain standards – and to stick to them. Which? magazine brought an action against a large supermarket recently, leading to better standards in the supermarket sector. Social media also provides a voice for consumers who have been scammed by companies utilising misleading pricing practices, meaning that knowledge of such behaviour spreads quickly.

But while standards are getting better, authorities are struggling with recent cuts – stretching the workload for enforcement officers and making it more difficult to pursue cases. And the problem enforcement officers face in challenging and advising businesses on highly principles-based legislation is one that is difficult to overcome, says Potts.

Future opportunities
Potts says: “the issue that trading standards officers have had since the legislation and the new guidance is that lack of descriptive guidance – to point at a requirement and say ‘you must do this.

“I think that’s something that’s in the legislation that might not be changed. But hopefully having principles-based rather than prescriptive-based means that the requirements can be adapted across different sectors and across different platforms that people buy from.”

In a perfect world, case law would develop to provide some definitive understanding of the current rules. Failing that, there is some hope that with withdrawal from the EU the political winds will change and both market and enforcement officers will be provided with clearer terms by which to determine the appropriate behaviours around how prices are presented.
“As legislation has moved toward a more principles-based approach perhaps there’s an opportunity with Brexit… for the UK to change things.” says Potts.

“If the country feels that things are in such a state that changes would help businesses and better protect the consumer – maybe there would be a change. But I don’t know if that’s high up on the priority list for the Government after Brexit.”