Trading standards stalwart Robert Grice has been recognised for his contribution to hallmarking law with the honour of an MBE.

I consider receipt of the MBE to be an acknowledgement of the trading standards profession, all CTSI members, and the UK Assay Offices for their essential role in hallmarking and consumer protection

CTSI Fellow Robert Grice has been named in the New Year Honours list as the recipient of an MBE for services to hallmarking law.

Grice, who retired from official trading standards duties in 2006, said he was “surprised and humbled” at the news. “All I have ever done is work hard at the task which was required to be done,” he added. 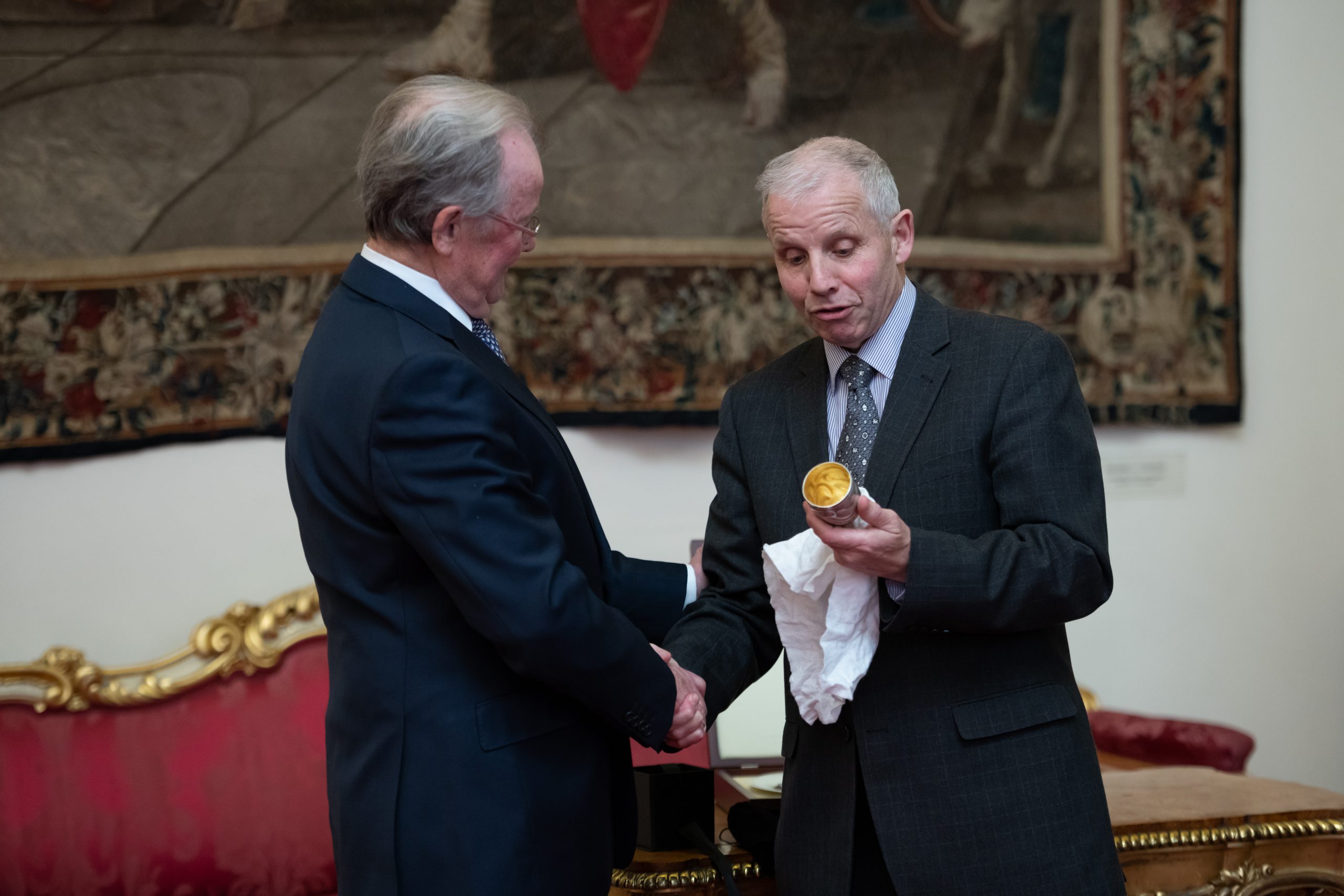 Previously Grice has been recognised for his contribution towards the Touchstone Award, which raises awareness of the importance of hallmarking, and was presented with a silver tumbler at a ceremony at Goldsmiths’ Hall last November.

“Since retiring from the Trading Standards Service I have endeavoured to contribute to hallmarking as a member of the British Hallmarking Council (BHC) and as a Guardian of the Sheffield Assay Office,” Grice said.

“The touchstone of civilised society is that people trade honestly and deal with each other fairly and this cannot be achieved unless hallmarking laws are complied with.

“I consider receipt of the MBE to be an acknowledgement of the trading standards profession, all CTSI members, and the UK Assay Offices for their essential role in hallmarking and consumer protection.”

“Robert is totally committed and very professional. He also has boundless energy – if we were able to bottle it we’d sell it!”

Other names to appear on the 2020 Honours list from across the consumer protection landscape include Gillian Guy and Arantxa Gaba from Citizens Advice, who receive the DBE and MBE respectively; Andrea Coscelli from the Competition and Markets Authority, who gets a CBE; Jonson Cox of OFWAT, another CBE; and Nina Ann Purcell, who receives a CBE for services to consumer safety in England, Wales and Northern Ireland.