Trading standards lost a gifted and popular teacher and friend in April 2019.

Yorkshireman Tom Philpott was born in Featherstone, which is part of West Yorkshire, but at the time of his birth it was the West Riding – and instilled in the minds of all true Yorkshiremen, it still is.

Tom trained and qualified in Pontefract in 1965 and moved on to be an Inspector of Weights and Measures in the Rotherham Office. In 1971 he moved to Headquarters of the large County Authority as Trade Descriptions Officer and then as Principal Officer specialising in Consumer Advice. The record from that time shows that he was also the Training Officer for the Department. Was this to be a sign…?

In 1976 it was the good fortune of our Institute, profession and several hundred young and eager trainee Trading Standards Officers that Tom was successful in obtaining the role of Director of Training at the South West Provincial Councils Unit, Weston-super-Mare. The residential course was based in the famous Dauncey’s Hotel, overlooking the bay. It was a far different set-up from the normally recognised centres of learning in universities and colleges.

This must have been a huge change in Tom’s life and for his family. To uproot from Yorkshire and move to the West Country to a new post and a new working concept which was probably one of the first moves away from routine enforcement work within a Local Authority to the very different challenges of the world outside but of course Tom took to it like a duck to water because his passionate commitment to training and education made him a natural. 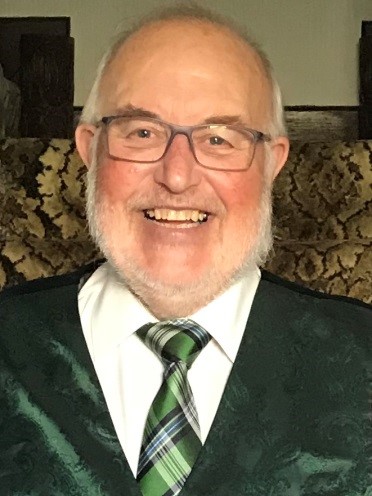 Over the years Tom has been described using more complementary terms than any other member of our profession and all were rightfully earned. This was obviously because of his approach to all situations with cool, friendly advice and his natural management style. He seemed to meet everything and everybody with a warm and friendly smile that oozed confidence and expertise.

Many colleagues have said that the success of the Weston course was due to Tom’s ability to not only provide the right content to the course but to bring in the best tutors from around the country to provide a unique blend of training that brought such hugely successful results. For his immense contribution to training and the qualification Tom was awarded a Fellowship in 1986 at the Institute’s Conference in Torquay.

His achievements didn’t stop there of course, because after being elected as a Trustee of the College Charity, he then used his boundless energy and skills to also organise the Research and Bursary facility offered by the College of Fellows and over many years he supervised the work and published reports produced by dozens of Institute members on numerous topics and from a variety of locations across the world.

At the time of his retirement from the Weston Centre in 2001 more than 750 TSOs had qualified through the course – more than through any of the other training facilities. The respect in which he was held was shown by there being over 100 colleagues and guests at his leaving do.

Another accolade for Tom was to name the Institute’s initial qualification after him and this year saw the first presentation of that award at the Institute’s Symposium in Brighton.

Despite his commitment to the training course, Tom also had several extra curricula activities which included sailing, boat building – both to sail and as models – carving wooden rocking horses, collecting and driving vintage cars, and a close involvement with the Weston-super-Mare Youth Orchestra.

In 2016 Tom was unfortunately diagnosed with prostate cancer and underwent a long period of treatment which he seemed to take in his stride and bore the difficulties in his usual calm and even light-hearted manner.

A few of the College members were fortunate to honour Tom by visiting Weston-super-Mare in September 2018 to mark his contribution to College activities. We were able to have a wonderful lunch with him and his wife Sue.

Tom passed away peacefully on April 18 this year, surrounded by his family. The service and later celebration of his life on May 2 was attended by large numbers of colleagues and many friends. There was also a huge response from professional colleagues showing fond, heart-filled memories of how Tom had helped shape their careers, which is a another fitting tribute to a man who had been so influential within our profession.

We offer our most sincere condolences to his wife Sue, his three daughters and their families, and to all who knew him.

Tribute compiled by Chris Armstrong from the thoughts and memories of several colleagues and on behalf of hundreds more.