Trading standards lost a kind and well-respected colleague on 11 December 2021.

Steve was very kind and supportive to all his officers and other colleagues, all of whom have the greatest respect for him

Steve Lynch was born on 28 April 1956 in Omagh, Northern Ireland, and worked for Essex County Council for 42 years.

Steve’s father Gerry was well known to the Trading Standards team in Essex, being the local W&T Avery weighing machine engineer, which probably influenced Steve’s choice of career and initial interest in Weights and Measures.

He joined Essex County Council Trading Standards on 1 September 1975 and was appointed as Assistant to Consumer Protection and Advisory Officer. In September 1976 Steve was one of the ‘elite’ selected to study for the first ever Diploma in Trading Standards qualification, which he passed comfortably at the first attempt. He went on to lecture future students undertaking the DTS training down in Weston Super Mare, his expertise being in Weights and Measures, in particular ‘Belt-weighers’.

Steve rose through the ranks with Essex Trading Standards and became Strategic Manager – Head of Operations in April 2004. He was promoted to Head of Service in 2014 and remained in post until he retired on 3 June 2017. 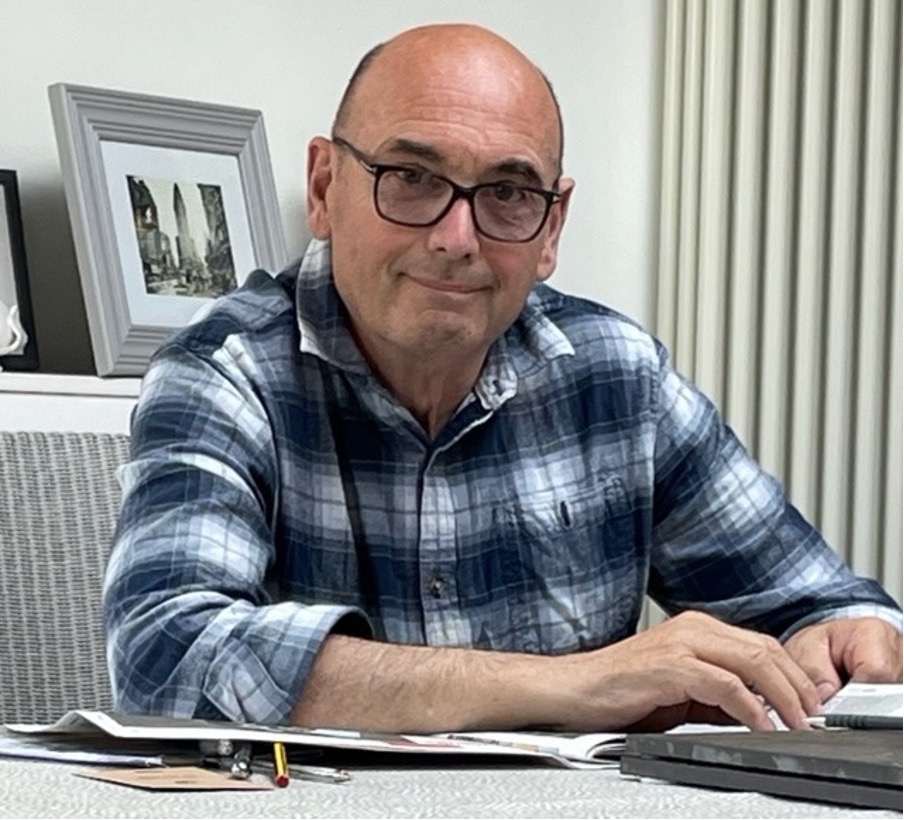 Steve’s career was varied and he was always happy to lead from the front, and didn’t shy away from getting his hands dirty.

In the early days, together with his colleague Chris, Steve came across a couple selling a large number of illegal videos at Pitsea car boot sale. It was a weekend and they were without police backup. They waded in and managed to seize the offending stock but were doubtful that they had been given correct names and address. On the way back to the office, Steve kept saying that he knew the man but could not recall where from. Over the weekend it came to him that it was his milkman! Summonses were duly issued, personal service effected by waiting at a strategic location on the milk round!

Steve made many foreign trips, mainly to Eastern Europe, where he advised government officials on regulatory issues and enforcement. On one such trip he gained a nickname which stuck with him. At the airport, he waited in the arrivals lounge as arranged, where the usual plethora of drivers were awaiting passengers, all holding up their A4 sheets of paper with the names of their charges. Steve couldn’t find his name displayed and waited and waited until all the drivers had met up with their passengers, bar one. The last driver was displaying the name ‘STAN LUNCH.’ It then became obvious to Steve that there had been a slight loss in translation!

In 2012, he led a very effective team contracted to the Olympic Delivery Authority to enforce Advertising and Trading regulations at the Olympic Park and in 2014 led a similar operation when the Tour De France was held partially in Essex.

Steve was a loyal Manchester United supporter from his primary school days and those attending his funeral wore Man U pin-badges (some more reluctantly than others!). He was also a keen amateur footballer, playing in Saturday and Sunday teams from his teens up to the veterans’ league. In his retirement, he joined a walking football team which he very much enjoyed.

Early in 2020 Steve was unfortunately diagnosed with oesophageal cancer and underwent a long period of treatment which he seemed to take in his stride. He bore the difficulties in his usual calm and even light-hearted manner.

Steve passed away on 11 December 2021 surrounded by his family. The service and celebration of his life on 7 January 2022 was attended by over 150 colleagues, family members and many friends: a fitting testament to Steve. There was also a huge response from colleagues across the nation sharing fond, heart-filled memories of Steve.

Everyone who worked for Steve, worked for Steve, not for him as a manager. If he asked for anything, he knew he could rely on his team to make sure it was done. He had the knack of being ‘one of the lads’ but still maintaining his authority as manager. Steve was very kind and supportive to all his officers and other colleagues, all of whom have the greatest respect for him, and all have fond memories of him. His sense of humour was always prevalent in all situations; he always knew how far he could go without causing any offence. Steve was a one off –  a Top Bloke.

We offer our sincere condolences to his wife Carolyn, his two daughters, Hannah and Imogen, their families and to all who knew him.