Trading standards lost a kindly and unassuming colleague in October 2020.

On October 6, 2020 our dear friend and colleague Peter Fallon sadly passed away following a period of poor health which he bore with much fortitude and dignity. A service close to his birthplace was held in St Stephen’s Church, South Shields, on October 28. 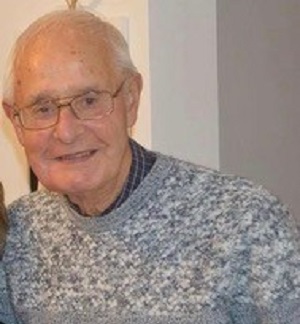 Peter was born on January 16, 1942, the only child of Harry and Alice Fallon. He commenced his education at Baring Street Primary School and in 1953 passed the 11-plus entrance examination to attend the South Shields Grammar Technical School for Boys.

He didn’t enjoy his time at the school and apparently on his last day there couldn’t escape through the gates quick enough. However, during his time there he developed what was to become a life-long passion for cricket.

He worked in the Borough for a year before moving to take up a similar position in North Shields. In 1976 he transferred to Tyne and Wear County Council as a District TSO, working in both the Newcastle and Sunderland Area Offices. He loved his work but reluctantly retired in 2009 after spending the final years of this career with South Tyneside Metropolitan Borough Council.

Those who worked with Peter recall him being a gentleman and a quiet man who adored his family. It was during his time at North Shields that he met his wife Sandra, who also worked for the council.

They were married on the October 20, 1973, and went on to have two children, Ian and Lorna, who are now parents themselves.

Outside the workplace Peter will be remembered for being well-rounded in the many interests and hobbies he pursued. As a boy he attended Baring Street Methodist Church where he joined the Life Boys before progressing to the Boys Brigade. He became entrenched in the movement and eventually rose through the ranks, becoming an officer whilst still in his teens. Later he supported the Duke of Edinburgh Award, making a valuable contribution to the Going for Gold Scheme.

Peter had an eclectic taste in music, ranging from the traditional rhythm and blues/rock & roll of Fats Domino, Little Richard and Buddy Holly to the romantic classics of Elgar and Ralph Vaughan Williams.

Literature was an obsession and I’m sure Sandra would testify that he appeared to have more books than the local lending library, covering subjects from pulp fiction to the classics. When he wasn’t reading or playing music he would pursue his love of cricket, attending local club matches and visiting the Riverside ground at Chester-le-Street to see County and Test matches.

Having represented his former school, he was keen to continue playing cricket. He succeeded in doing so when he joined the South Shields Club Caer Urfa during the 1960s and 70s. His peers regarded him as an accomplished all-rounder.

I first met Peter in 1962 on arriving at the South Shields office as a newly appointed trainee. I recall seeing a tall, gangly youth who looked the double of Buddy Holly, complete with the dark framed glasses. Buddy – or should I say Peter – was busy loading equipment into the back of a black Ford Popular van.

However, it was the black trilby he was wearing which caught my attention as it looked unusual on a teenager. Initially I thought I’d mistaken the office for the local undertaker. It was no mistake and I soon found out that I too would be visiting Dunn’s to purchase a similar one as it was all part of the official dress code. Apparently the Chief Inspector, who had been an Army Major during WW2, had forgotten to remove the pips from his jacket and discipline in the office was extreme. To combat this we developed our own brand of humour, which usually involved frightening the life out of each other.