Trading standards has lost a kind and compassionate colleague whose contribution to educating young people made a real difference to their lives.

His name will forever be synonymous with Consumer Education; he made an enormous contribution to the job of promoting consumer rights and is sadly missed. 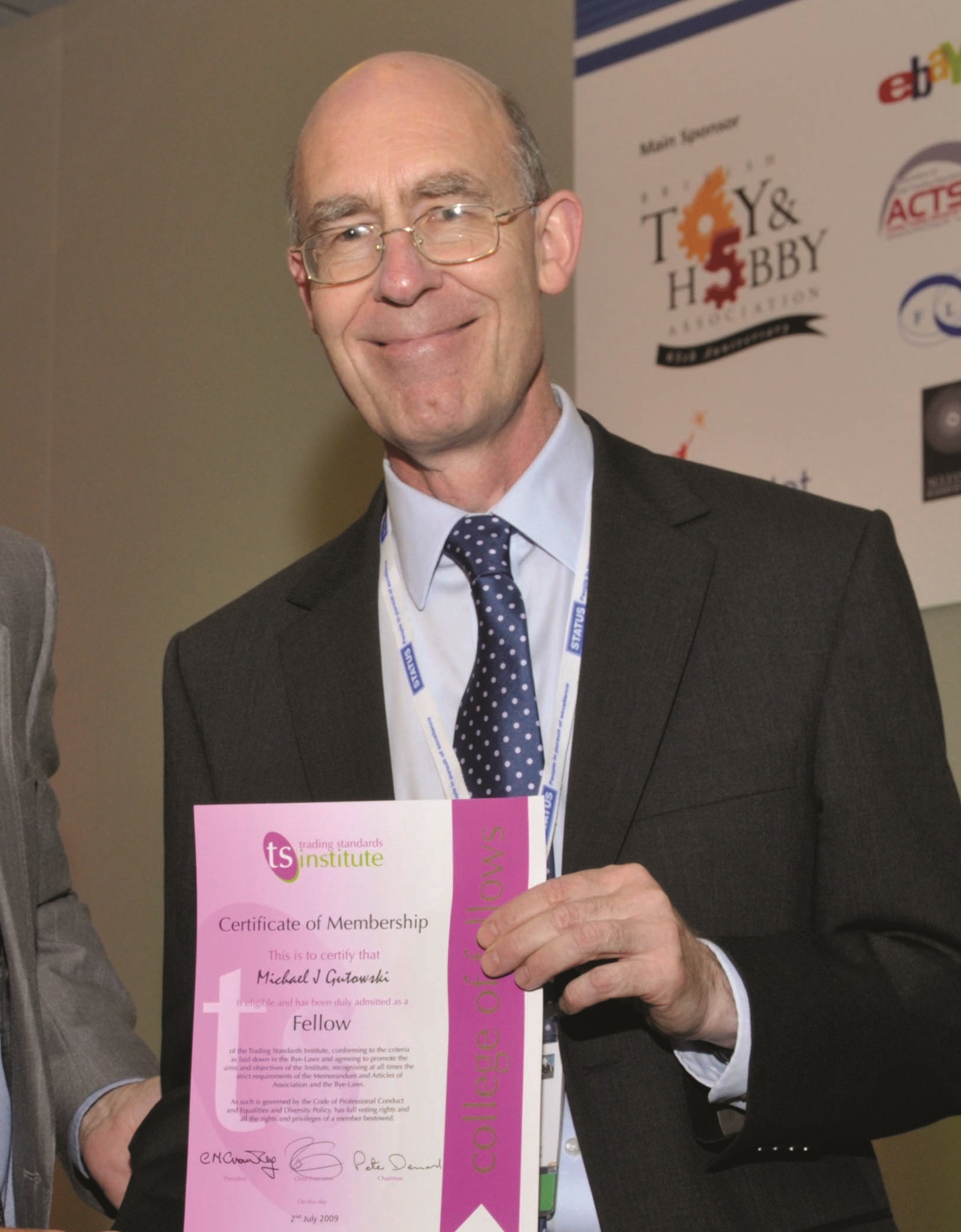 Mike Gutowski was born in Dundee on September 19, 1952, and remained a proud Scotsman throughout his life. He grew up in Goole in the East Riding of Yorkshire and went to school in Hull.

He began his career in trading standards at West Midlands Trading Standards department. Following local government reorganisation he moved to Birmingham Trading Standards, where he was appointed Consumer Education Officer. He took to the role like a duck to water, delivering countless talks to consumers and businesses to raise awareness of consumer rights, writing articles and leaflets for the public at a time before the internet. He organised numerous events to promote trading standards and never complained about having to stand on cold and wet high streets engaging with shoppers.

Mike’s greatest legacy will always be the work that he did to support and educate young people, particularly those with learning difficulties. He was instrumental in starting the Young Consumer of the Year competition in Birmingham, which gradually spread around the country until it was adopted nationally by CTSI.

After many years of success with Young Consumer of the Year, Mike developed the theme to create the Consumer Challenge Quiz so that children with learning difficulties could have the opportunity to participate in something similar. For many children who took part it was a life-changing experience. Many teachers said it was unique in giving children an opportunity to travel, meet new people and apply the lessons they had been taught on consumer rights, which would equip them to be better citizens as adults.

Most of all, they said that participating in the Consumer Challenge gave children a new-found confidence that had been missing before.

Mike cared passionately for the schools and children that he worked alongside. He worked tirelessly researching and writing new questions for the competitions and he also made sure that he supported and encouraged his counterparts in other local authorities to make the competitions as inclusive as possible.

Five years ago Mike was diagnosed with Parkinson’s disease. Despite the pain caused by this dreadful disease he never complained once and his courage was inspiring. He was cared for and supported throughout his illness by his beloved wife Jane, who together with his family feels his loss deeply.

As a colleague Mike was a pleasure to work with. Always uncomplaining, he just got on with the tasks he was given. His name will forever be synonymous with consumer education; he made an enormous contribution to the job of promoting consumer rights and is sadly missed.

Mike, who died on October 10, 2019, will be remembered by all who knew him for his humour and sense of fun, as well as his friendship, kindness and gentle nature.

Compiled with the help of Christopher Neville.