John Penwarden Boundy passed away in late February 2020, at the age of 89. John was born in Liskeard, Cornwall, the only son of PC George Boundy and his wife Gladys.

In Aylesbury John formed friendships with several of his fellow trainees which lasted throughout his life, and he often spoke fondly of the years he spent in ‘Bucks’. 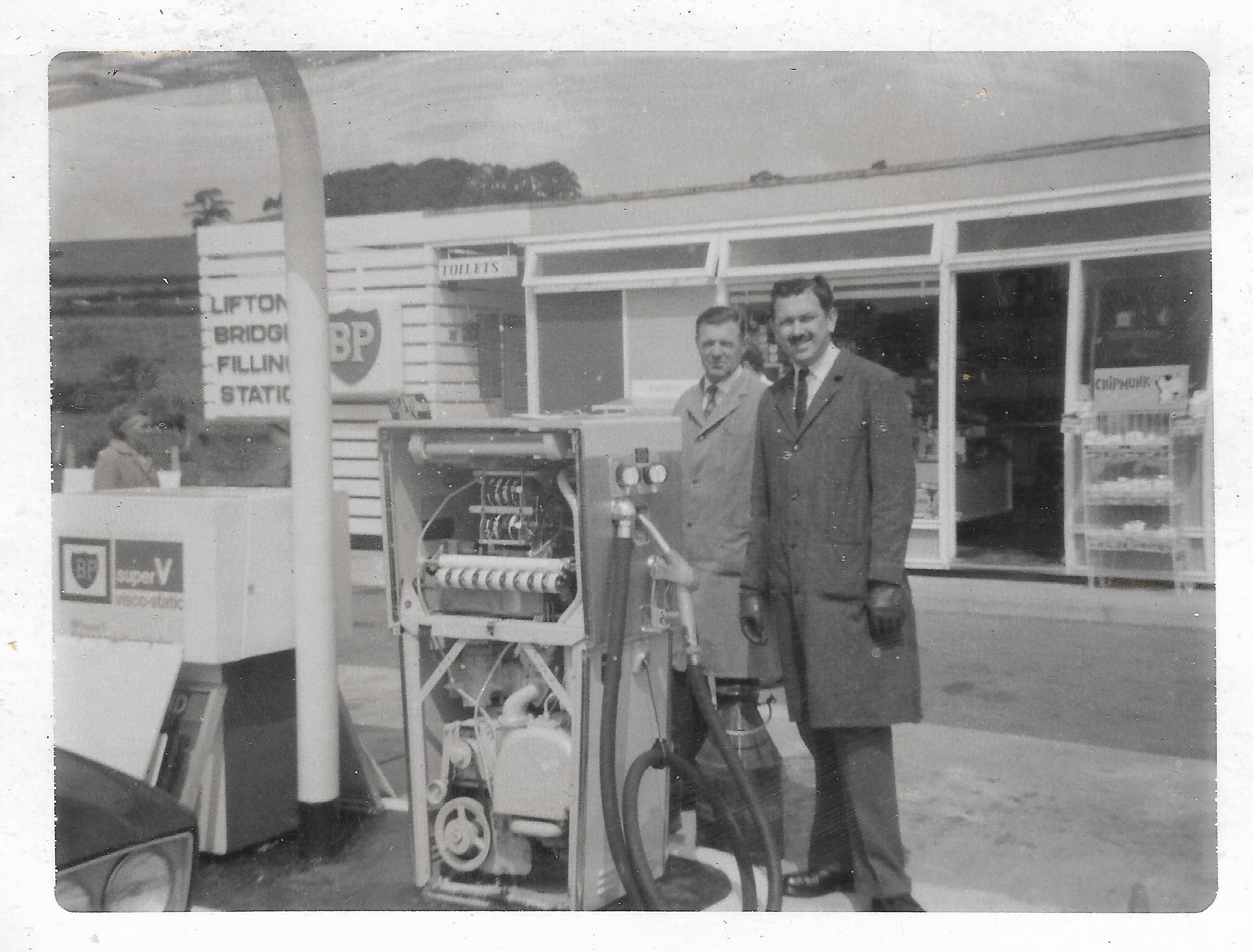 Once qualified, John took his first position as an Inspector in October 1956 with the Devon County Council Weights and Measures Department, based in Exeter and working under the then Chief Inspector Frank Frost. John joined the South Western Branch of the Institute of Weights and Measures Administration and was a regular attendee at their meetings. He maintained his membership for 64 years, throughout his career and retirement.

In September 1957 John married Thelma and the couple were blessed with the arrival of their daughter, Ann, in September 1958. John transferred to the Okehampton Office of Devon County Council in the summer of 1962 to work as District Inspector, and was subsequently promoted to Divisional Inspector of Weights and Measures by the then Chief Inspector Ralph Parkinson.

John was responsible for running the Division, which had a variety of different trade premises, many quite rural, and enforcing the legislation of the time relating to weights and measures, food and drugs and animal feeding stuffs. He had a number of staff with him during this time including Norman Bate as his assistant, Inspectors Bill Worthington and Roy Kudibal, and trainees John Bloor, Ken Endacott and Derek May.

John and Norman always maintained a tradition of brewing tea at lunchtime, whatever the circumstances, and often expressed their bemusement at the long hair of the trainees, which was the fashion at the time. In October 1967 John was elected Chairman of the South Western Branch of the Institute of Weights and Measures Administration, which was a great honour.

Early in his career John took a keen interest in metrology and had a very detailed working knowledge of the legislation applicable to all types of weighing and measuring equipment, as well as their mechanical construction. He was responsible for maintaining the Devon Local Standards, which were kept at Okehampton, and for the various working standards held in the county.

John always shared this knowledge and went out of his way to help Trainee Inspectors and Officers throughout his career. He was generous with his time, teaching and showing by example while on the job, as well as occasionally giving up his evenings to help the trainees with their studies. John was a regular lecturer at the block release training courses provided by the South West Provincial Council at Weston-Super-Mare in the early 1970s, and a lot of qualified Inspectors were very grateful for his help and guidance.

In the wake of the 1974 local government reorganisation John moved to the Plymouth Office, which had then become part of Devon County Council, as Divisional Trading Standards Officer. After three years in Plymouth, John and his family relocated once again, as he took up the position of District Trading Standards Officer with Cornwall County Council. Based at their Camborne Office, John covered the west of the County, undertaking all types of inspection of trade premises and, when necessary, was involved with prosecutions, often involving national companies in respect of pricing offences.  He also meticulously maintained the County’s metrology laboratory, as well as the records of the local and working standards. 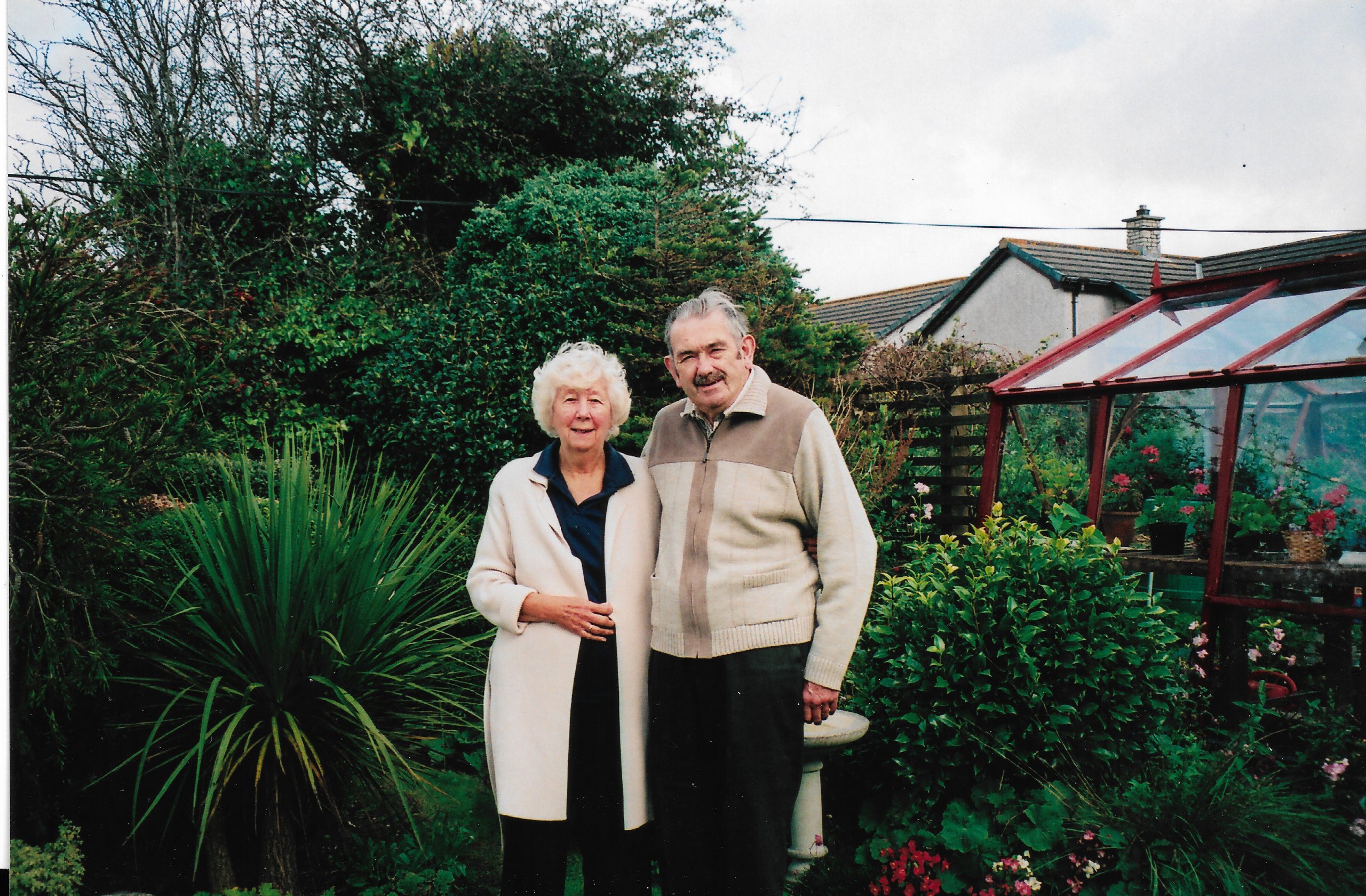 John and Thelma in their garden in 2007

John took semi-retirement in 1990 and reverted to being a Weights and Measures Inspector, maintaining the metrology equipment, before retiring aged 65 in 1995. John was highly respected as a gentleman and a professional, always exercising his responsibilities firmly but fairly, without rancour or ill feeling, and treating people with good-humour and respect. He sometimes told colleagues these were lessons he had learned from his father, who had worked alone as a village policeman in the 1930s and 1940s. Many years after John’s retirement, some of the older traders on his former patch in West Cornwall would still enquire after him with real affection. To them, John was the ‘Weights and Measures Man’ that they always remembered.

In retirement John and his wife Thelma took pleasure in their garden, with John a keen grower of vegetables. He could also often be found reading a book or the paper, working on a crossword, completing tapestries (many of which he gave away as gifts), or just “putting the world to rights” with family, friends and neighbours. John stayed in touch with many of his former colleagues, and he and Thelma were always genuinely pleased to see old faces.

John leaves his wife Thelma, daughter Ann and son-in-law Brian, and grandson Mark. A service of remembrance was held at Penmount Crematorium on March 10, 2020, attended by family and many of the friends that John had made throughout his career.

Thelma and family would like to thank grandson Mark, and John’s friends and colleagues Simon Copas, Carl Tanner, Derek May, Eric Weeden, Ken Endacott and Roy Kudibal, for their contributions to his obituary.