Everyone in trading standards has the ability and the duty to make a real difference, as the work of one outstanding TSO demonstrates.

Due to his dedication and determination, numerous prosecution cases have been successfully brought before the courts

Trading Standards, as we all know, is the most fascinating profession. A profession in which we can, if we choose, make a real difference to the lives of people. We can also make a real impact on consumer protection, nationally as well as locally.

Throughout my career and life, I have lost count of the number of times that people have said to me “What an interesting job you have, being involved in all these activities,” from testing petrol pumps and beer meters to animal welfare and doorstep crime.

However, it is this wide spectrum of duties which, although fascinating and interesting, causes a problem. The problem is (or at least can be) that we are constantly attempting to engage in ‘fire-fighting’ and do not really tackle the root causes of many of the problems we encounter.

Everyone is so busy trying to tackle whatever the latest issue is, and dealing with the latest complaint or political priority, that there is the danger that we are not making a long-term impact and sustained difference. Influencing long-term change requires determination and a spirit of resilience.

Now, there are perhaps some TSOs who can claim to have brought about real change in the practices of an industry. If that is the case, then their work deserves to be acknowledged. 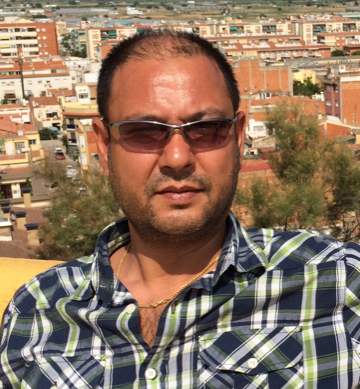 It is possible, having been in the profession for some 53 years, that I could identify some of these individuals. I can certainly identify one: Gary Singh, Principal Trading Standards Officer at Birmingham City Council. Gary is a man who is a ‘gold standard’ TSO and of whom it can be said that he does ‘sterling’ work.

If one looks at the career of Gary, one can see that he has determination and resilience which have enabled him to make a substantial difference in the jewellery trade and the world of hallmarking.

As a trainee trading standards officer, his interest in hallmarking was first sparked by his then-team manager. In 1990, when he first joined Birmingham City Council, although interested in all aspects of our work, he started looking particularly into the jewellery trade. He gravitated towards hallmarking because he saw the real benefits to ordinary consumers of the simple yet very effective hallmarking system – one of the oldest forms of consumer protection.

After qualifying with the Diploma in Trading Standards from Weston-super-Mare, he started looking into the jewellery trade in more detail. He could see the real inequality of compliance between high street traders and that of some of the smaller, independently owned businesses.

I have lost count of the number of individuals and trading standards departments who have said to me:  “We never receive complaints about hallmarking and we are intelligence-led, acting on intelligence about complaints. We then prioritise our actions on this basis.”

Well, my answer to that is always the same: “No, you will not receive complaints about hallmarking and there will be no intelligence, because the consumer (and in some cases the trader) does not know that he or she is being defrauded. Do your job, carry out inspections (particularly on online marketplaces) and I assure you that you will find lots of fraudulent activities. The Touchstone Award applications confirm that where you ‘turn over stones’ you will find problems.”

In 1995, around the time that Gary undertook his first real hallmarking enforcement exercise, it became apparent that many traders nationally were not complying with the requirement to hallmark. This state of affairs led him to carry out a crusade against this flagrant non-compliance of the legislative requirements of the Hallmarking Act.

Due to his dedication and determination, numerous prosecution cases have been successfully brought before the courts.

It was Gary’s involvement in the Birmingham Gold Bangle Case that was to prove his mettle. The case – codenamed Operation Egyptian, involved an investigation into the sophisticated wholesale manufacture, supply and sale of fake gold bangles. The case shocked the world of hallmarking.

The principal investigators in the case were Gary and Mick Davies of the Trading Standards Service. The case was eventually brought to Birmingham Crown Court in September 2018, in a trial that lasted nine weeks. At its conclusion the culprits received lengthy prison sentences.

This investigation and case were comparable with the most famous cases of hallmarking. Certainly, ‘Operation Egyptian’ ranked as being one of the most important cases in hallmarking during the last 125 years.

As a result, the British Hallmarking Council decided to give a special award to Birmingham City Council to recognise the complexity of the case and the professionalism of the investigating officers.

Due to his expertise, Gary acted for some years as CTSI’s Lead officer for Hallmarking. He continues to engage in active enforcement of the Hallmarking Act, ensuring that all comply with their legal obligations.

Up to all of us

Do YOU have ‘gold standard’ determination and resilience?

Do YOU deliver a ‘sterling standard’ service?

Do YOU have the desire to substantially change an industry/trade/business?

You certainly have the ability – so I encourage you all to engage in your passion, whatever that may be, and to make a difference in any way you can.