There is the distinct risk of two regulatory frameworks working concurrently in the UK market, which presents specific challenges and uncertainty for businesses and regulators alike 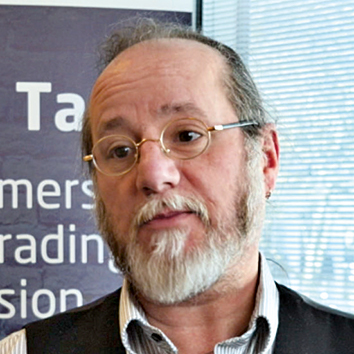 The entire system of product safety in the UK is at risk from EU Exit. The majority of the laws that dictate the safety of our consumer products originate from the EU and cover issues such as minimum standards, rules for placing on the market and enforcement.

A regulatory framework has been enacted to reflect the UK’s final exit from the Single Market and this has been developed to ensure continuity of EU law in relation to product safety and market surveillance.

The UK government has also developed the concept of the UK market to attempt to ensure ongoing free movement of goods between the four nations and to ensure that there are no barriers to internal trade once devolved powers return to national parliaments and assemblies. This is complicated by the position of Northern Ireland, but the Government has developed a conceptual protocol to manage this unique relationship which is effective from 1 January, 2021. Great Britain will recognise two separate regulatory frameworks for the safety of goods from Northern Ireland – either the EU one or the UK one, but the same does not appear to be true for goods heading in the opposite direction.

Threats
At present, the current legislative requirements for goods placed on the UK market will remain the same as all EU-based requirements have been transposed into UK-only law. It is recognised however that the regulations will function differently as they are currently designed to provide a basis for harmonisation leading to the free movement of goods across internal borders. The UK will have its own ‘single market’ although there is the risk of barriers to trade between Great Britain and Northern Ireland due to regulatory divergence if the current regulatory framework is varied by either side, as EU regulation will not remain static.

In the short term, this is unlikely, but the UK government has already stated that it seeks divergence in some respects, and trade deals with countries with differing product safety paradigms may hasten this, along with ongoing development of EU law and jurisprudence via the European Court of Justice. There is therefore the distinct risk of two regulatory frameworks working concurrently in the UK market, which presents specific challenges and uncertainty for businesses and regulators alike.

Currently, UK product safety market surveillance is part of a wider system of regulation throughout the single market both for goods entering the market via external borders and also inland agencies, with information sharing and reciprocal actions built in to ensure where goods are found to be non-compliant in one Member State, the same action is taken in all other jurisdictions. This information exchange may be lost, and reciprocity is unlikely to be a feature of the framework going forward.

Opportunities
There are some opportunities that arise for the product safety regulatory landscape. Primary among them is the ability to refocus data collection, intelligence development and interventions in what will be a significantly reduced market. As a single strategic product safety enforcement agency responsible for the entire market, the Office for Product Safety and Standards (OPSS) is uniquely placed to manage the risk of unsafe products at ports and borders as well as inland.

There are also opportunities for resolving some of the interpretational difficulties and inconsistencies presented by European Law and standardisation, particularly in relation to products which originate outside of the market and are supplied direct to consumers, but also alternate supply chain models which have developed and weaken the integrity of the market by avoiding certain legal obligations.

IN FOCUS: Safety & Standards
There continues to be some uncertainty over the future approach to and use of standards in product safety regulations, with EU-harmonised standards continuing to have similar status in UK law post-EU Exit. It is noteworthy that at the time of writing that the British Standards Institution (BSI) will continue to participate in international standards development following EU Exit and therefore such standards will continue to have input from UK industry and experts.

The Office for Product Safety and Standards was formed in January 2018 following a series of major incidents, including the tragedy at Grenfell Tower and fires created by faulty tumble dryers.
Recognising training gaps in our umbrella, the Office has been working with CTSI to enhance local trading standards skills capacity for product safety investigations. Failure to reach a deal on the future relationship with the EU could put our product safety system in real jeopardy.