As we look for trading partners internationally, it has never been more crucial that our legal metrology system is robust, fit for purpose, and fosters confidence 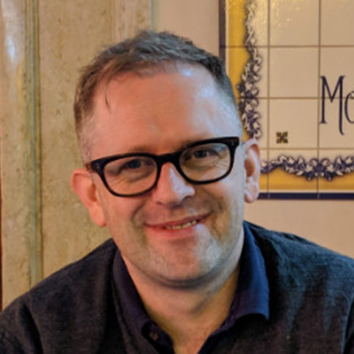 EU Exit has created a number of changes to legal metrology the implications of which will only be seen when they are fully implemented and operational. EU Exit presented an opportunity to simplify the system of legal metrology in the UK, but with the introduction of the UKCA mark and the special provisions for Northern Ireland, further layers of complexity have been added.

Following EU Exit, products meeting UK rules will be marked with the UKCA mark. From 1 January 2022, the CE mark will not be recognised in Great Britain however, a CE marked instrument would still be valid for sale in the UK so long as it was also UKCA marked and complied with the relevant UK rules. Also, due Northern Ireland remaining aligned to EU rules and because of the unfettered market access provisions in the Northern Ireland protocol, CE marked goods legally placed on the market in Northern Ireland can circulate in Great Britain.

The e-mark allows free movement of goods across the borders of EU Member States. Following the EU Exit, the Government has said e-marked goods coming from Europe will continue to circulate freely in the UK without further checks. However, the person in the EU to whom producers in the UK sell e-marked packs becomes an importer and will be responsible for ensuring that the packs meet the requirements of the Directive. Consequently, UK producers may get asked to provide the ‘necessary guarantees’ that the packs are in compliance with the Directive. Currently, packers do not have to provide such evidence because of assumed compliance and inspection by Local Weights and Measures Authorities. If the UK becomes a third country, packers may look to trading standards for advice and even certification of their procedures in order to satisfy their EU importer.

As we look for trading partners internationally, it has never been more crucial that our legal metrology system is robust, fit for purpose, and fosters confidence. CTSI calls on the government to ensure the UK’s system of legal metrology is properly resourced.

Threats
The EU has implemented the SI / metric system of units of measurement for all economic, public health, public safety and administrative purposes. Post-EU Exit, to deviate from the metric system would introduce significant barriers to trade, adversely affect the free movement of goods and undermine the UK’s position as a signatory to the Metre Convention.

The introduction of the UKCA mark for equipment placed on the GB market could mean GB manufacturers operating two separate systems if they wish to continue to place equipment on the EU market. And the same would be true for EU and international manufacturers wishing to place goods on the GB market. This could lead to higher costs and less choice for buyers of weighing and measuring equipment.

Opportunities
Our economy is built upon principles and confidence in accurate measurement, with more than £600bn worth of goods sold by reference to their mass, quantity or volume in the UK every year.
Leaving the EU represents an opportunity to de-layer, modernise and simplify our regime for verifying and testing weighing and measuring equipment and to create a more proportionate and flexible enforcement regime for legal metrology (though, so far, complexity has been added, not removed).

However, remaining as far as possible aligned to the EU market would be the best possible option for UK businesses and consumers from the metrology perspective: a likely outcome as many EU standards are aligned to international standards.

IN FOCUS: Measuring up
Post-EU Exit, a divergence from the existing legal arrangements governing the use of units of measurement, the regulation of weighing and measuring instruments and quantity control systems would be isolationist. It would also create increased costs and uncertainty for businesses and consumers.

In addition, it would significantly undermine the likelihood of striking new trade deals with non-European countries. The vast majority of developed and emerging non-EU economies use the existing legal arrangements currently employed in Europe.

The impact of local authority cuts on weights and measures inspections cannot be overestimated. Chronic underfunding and a lack of prioritisation and direction has seen the surveillance of an annual £622bn economic function reduced to a position of assumed compliance with negligible regulatory checks.