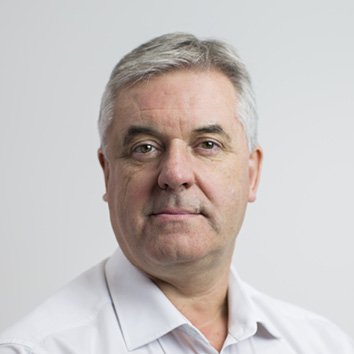 It is critical that the standards for the food we produce (and import) for consumers are not lowered in the interests of securing new trade deals after EU Exit. That means we need to maintain an ongoing commitment to EU networks that promote high food standards and quickly share risks across borders.

As the transition period draws closer to an end with no agreement in place a ‘No-Deal’ scenario looks more and more likely. This could be disastrous for the UK food industry.

In all trade scenarios, it is important that the UK stays as close as possible to EU food standards, systems and institutions. It is also important that the government ensures that all standards applied post-EU Exit are based on the best scientific evidence and risk assessment. The government must ensure that there are maintained liaison arrangements with appropriate EU bodies such as EFSA and systems such as RASFF to ensure that the UK food standards controls can be maintained.

Threats
If the UK drops out of trading arrangements with the EU post-EU Exit and moves to international trade deals, this would add significant costs to the food industry, the food regulation system (particularly at UK ports of entry) and ultimately to the UK consumer.

It is important to understand that any changes and additional responsibilities would come at a time UK regulatory bodies are already under severe pressure as a result of the paucity of resources for essential services such as testing, inspection and port health controls.

The consequences of food scares or incidents may lead the EU to impose emergency controls on the UK accompanied by increased costs for compliance, rejected consignments, damaged reputations and clearance delays.

Opportunities
There is a huge opportunity post-EU Exit to simplify the various national bodies’ responsibilities for food policy, enforcement, standards and legislation, as well as those for health and nutrition claims. The current framework is confusing and impedes a solid regulatory system. We call on the government to provide clarity on UK food policy.

CTSI takes the view that whatever trade deal is reached, trading standards services are well placed to deliver business support and, in a modernised approach to food standards and food fraud, provide effective interventions to ensure business and consumer confidence in the market. A further opportunity will be for the UK to establish a new Food Act that clearly sets out the UK’s vision for better food, farming and fishing.

IN FOCUS: Maintaining standards
As modern markets and consumer tastes have developed, the UK has become well-used to high levels of food safety and standards.

Membership of the EU has not changed this fact and the trading relationship has become very important, with the EU being the UK’s major market for agriproducts accounting for 60% of exports and 70% of imports.

It is crucial to remember that virtually all legislation relating to food standards originates from the EU. Put simply, this means that for regulators, food businesses and consumers, the incorporation of existing EU-based law into UK legislation is vital in the immediate aftermath of the UK exit.