it may be possible to improve some areas of our complicated consumer protection regime after the transition period. 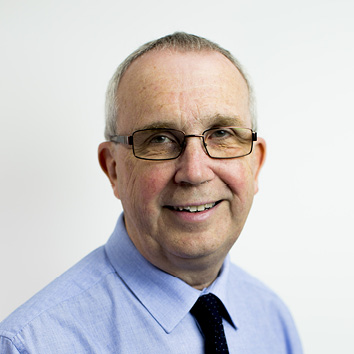 LEAD OFFICER:
Peter Stonely, CTSI Lead Officer for Civil Law
Peter has more than 20 years experience as an operational trading standards officer and more than 15 years as a law trainer

As the major consumer protection EU Directives have been fully implemented in various pieces of UK legislation, the main aspects of EU consumer law should survive intact at the end of the transition period. It is questionable whether, at that point, there will be political will to make large changes, such as alterations to the Consumer Rights Act 2015 which was designed to modernise, simplify and consolidate UK consumer protection legislation.

The UK Government will have to decide whether to implement changes in two Directives regarding consumer’s rights when buying goods and digital content, these would not weaken the Consumer Rights Act 2015. In addition, the so-called Omnibus Directive would require changes to UK fair trading law that would raise the level of consumer protection for UK consumers when buying through intermediaries, using platforms that use AI to personalise prices and recommends financial penalties based upon turnover of the business.

Threats
consumer markets is a major threat that we cannot yet quantify. The ongoing uncertainty brings potentially significant costs for everyone, including consumers, businesses and regulators.
Also, we are very concerned that key consumer regulations and networks with the EU in areas such as enforcement or data sharing cannot be unilaterally recreated by the UK.

It has been made clear we will not be part of the EU’s digital single market and that will eventually lead to divergence in approaches to consumer digital contracts. We will need to be vigilant and ensure UK consumers and businesses are not disadvantaged.

Opportunities
While the threats from EU Exit have been well debated, it may in time offer opportunities to improve areas of consumer law without any impact on cross-border trading.

For example, post-EU Exit, there might be potential to improve and clarify laws that implement the unfair commercial practices directive and the injunctions directive. In addition, there could be the chance to simplify consumer law in areas where EU directives have led to uncertainty. There are many examples which are confusing in areas relating to cancellation rights, the return of goods, and exemptions for custom-made products. In short, it may be possible to improve some areas of our complicated consumer protection regime after the transition period.

IN FOCUS: Dealing with EU scams
The ongoing reduction in local authority trading standards services is having a worrying impact on the ability of officers to tackle scams and rogue trading. Regardless of the adequacy and breadth of the consumer law framework post-EU Exit, enforcement is a crucial aspect needed to retain consumer and business confidence in the system, and one that should not be underestimated.

The challenge of dealing with rogue trading is significantly exacerbated when the threat comes from outside our borders. Especially with the surge in online transactions that the coronavirus pandemic has brought, we need to ensure rogue trading practices and scams that originate from within the EU continue to be tackled.