In a typical shisha session of about one-hour, a shisha smoker can inhale the same amount of toxins as a cigarette smoker consuming over 100 cigarettes

A warning over the dangers of smoking shisha has been issued after suspected smuggled goods were seized as part of a joint operation between HMRC, Oxford City Council Environmental Health and Licensing, and Oxfordshire County Council Trading Standards.

Trading standards officers visited seven premises in Oxford and seized illegal tobacco from three of them; these had all previously been visited, issued with written advice, and had received follow-up meetings to ensure the legal requirements were understood. 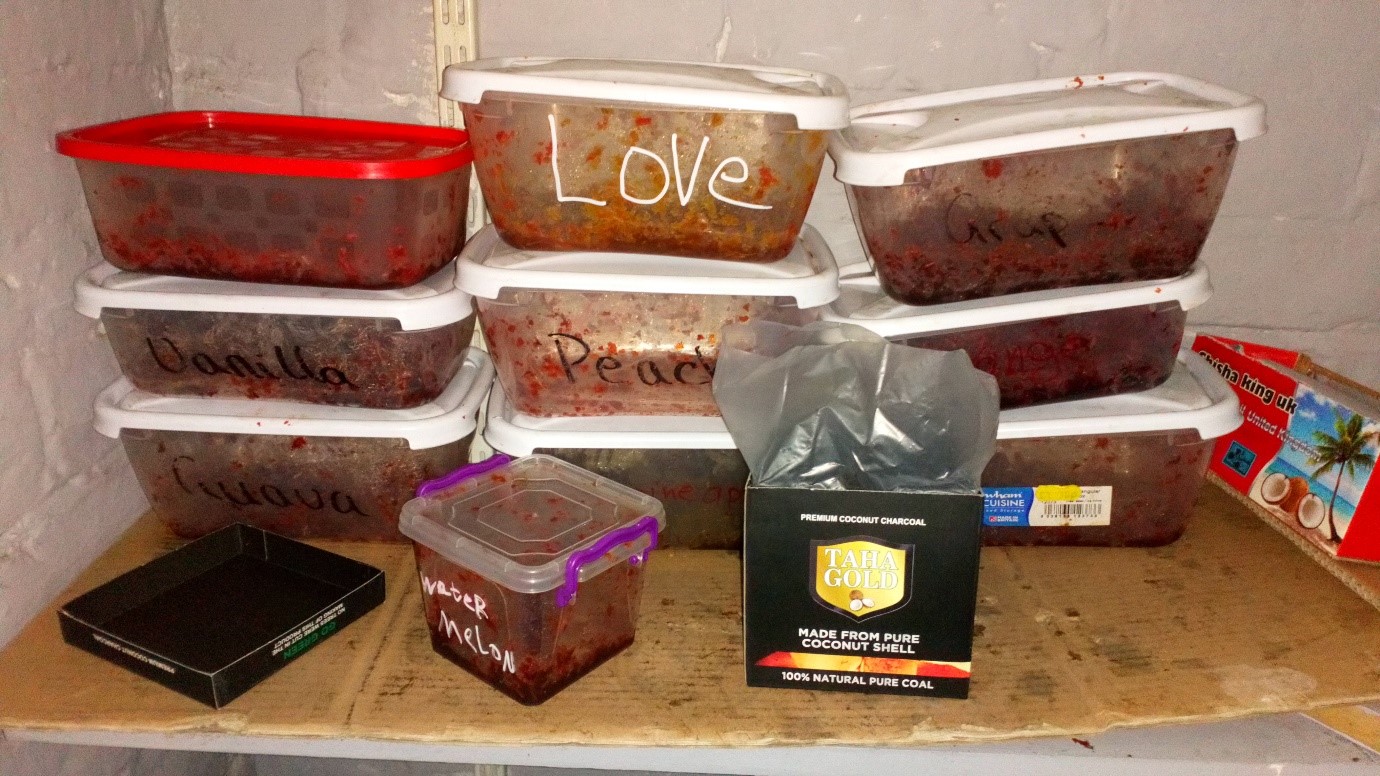 Some of the seized shisha tobacco

Shisha smoking is popular in Southeast Asian, Middle Eastern, and North African communities, especially among young people. It is becoming increasingly popular in Oxford, with the city now home to several bars offering it.

Environmental Health detected smoking in substantially enclosed parts of the building in several premises and issued a prohibition notice to one business due to concerns regarding the burning of coals with lack of ventilation.

Smoking shisha usually involves burning charcoal to heat up specially prepared shisha tobacco which is commonly flavoured.  When the tobacco is heated up, it produces smoke. The smoke bubbles through a bowl of water or other liquid and into a long hose-like tube or pipe. Smoke is inhaled through a mouthpiece fitted to the end of the pipe.

As bad as cigarettes

Dr Mohammed Jawad, a Research Fellow at Imperial College London, said that there are many misconceptions about shisha that has led to a surge in use among children in UK’s major cities.

Dr Jawad said: “Many people falsely believe that the smoke is filtered by water in the pipe, or that fruit used to flavour shisha somehow makes it less harmful than cigarettes. The truth is that all the research done on shisha shows one thing: it is as bad for you as cigarettes.”

Councillor Judith Heathcoat, Oxfordshire County Council’s cabinet member for Community Safety, said: “In a typical shisha session of about one-hour, a shisha smoker can inhale the same amount of toxins as a cigarette smoker consuming over 100 cigarettes. Like cigarette smoking, these toxins put shisha smokers at risk of developing heart and circulatory diseases, cancers, nicotine addiction, and other health effects”.