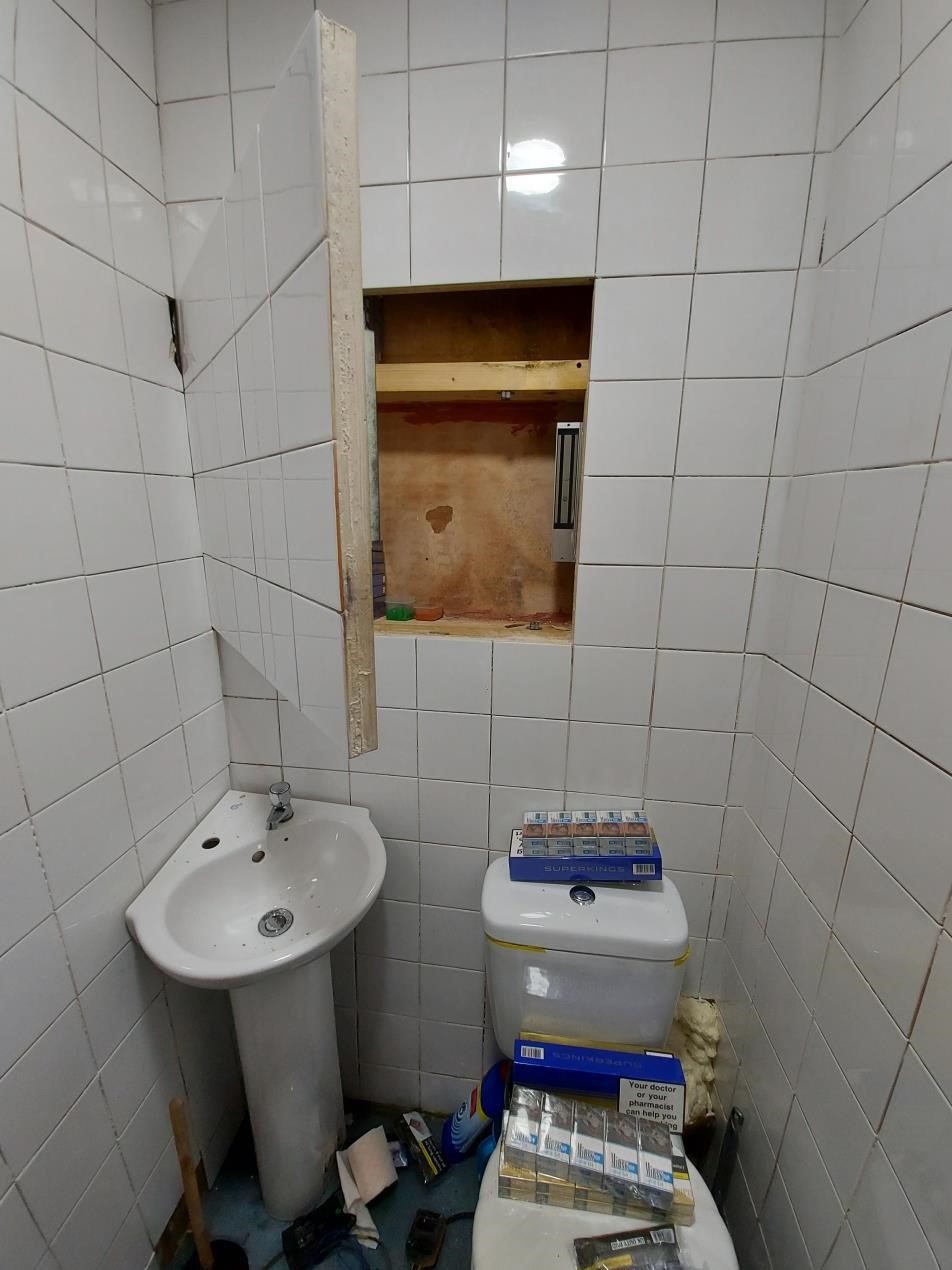 Salford City Council trading standards officers, assisted by sniffer dog Ricco, flushed out 145 packets of cigarettes and seven 50g packets of rolling tobacco hidden in a specially built cupboard which had been tiled over in an attempt at camouflage. The cupboard door had been designed to open with a button hidden under the stairs.

The seizure was part of an operation conducted by Salford City Council last week in which officers, along with Ricco and his handler, visited nine businesses across the city, acting on information received about the sale of illegal tobacco products.

They seized 349 packets of illegal cigarettes and 542 50g pouches of rolling tobacco – the majority of which were counterfeit – from five of the businesses visited. All five businesses are now under further investigation.

The haul was worth just under £10,000. Officers also seized more than £1,460 from a business under the Proceeds of Crime Act.

Councillor David Lancaster, lead member for environment and community safety, praised the team’s actions. “Cracking down on illegal tobacco is part of our support for Greater Manchester’s strategy to reduce smoking by a third by the end of 2021,” he said.

“That would mean 115,000 fewer smokers with a massive positive impact on people’s health, let alone saving thousands of pounds a year going up in smoke.”

Anyone who suspects illegal alcohol or cigarettes are being sold can report it anonymously by calling Crimestoppers on 0800 555 111 or at www.keep-it-out.co.uk.