Safety & Standards: the road ahead

A long-term campaign to establish a national organisation for product safety was given a final push by the tragic events of 2017 and at the start of the year, the new Office for Product Safety & Standards was born. Will it provide the support the profession needs?

In January, the Government revealed it would launch the Office for Product Safety and Standards (OPSS or Safety & Standards) with immediate effect as part of its response to a working group on product recalls and safety established by Margot James MP in October 2016. As he unveiled the new Office, Consumer Minister Andrew Griffiths MP, acknowledged that the tragic events at Grenfell Tower and the Shepherd’s Bush fire had reinforced the need for a robust product safety system.

It is reported that the deadly Grenfell inferno was initially caused by a faulty Hotpoint fridge-freezer, while the fire at Shepherd’s Bush, an ominous precursor to Grenfell, was sparked by an Indesit tumble dryer manufactured by Whirlpool, the manufacturer of the Hotpoint brand. Consumer group Which? launched a judicial review into Peterborough Trading Standard’s team after the Shepherd’s Bush incident, which happened a year after a fire safety warning was issued for Whirlpool tumble dryers.

“A very small local authority with limited expertise was expected to make a very difficult decision on its own that has international implications in relation to product safety,” says Mark Gardiner, a CTSI joint Lead Officer for Product Safety and Chief Executive of Market Surveillance Specialists.

In giving evidence to MPs last year CTSI Chief Executive Leon Livermore warned of the damage caused to product safety by council funding cuts and called for an overarching product safety body. His wish was granted with the setting up of Safety & Standards, which has a remit to build ‘national product safety capacity’ for non-food consumer products (excluding vehicles, medicines and medical devices, or workplace equipment). However, the decision has been a long time coming and was likely only expedited by Grenfell.

“I think Grenfell was the final push but the Lynn Faulds Wood report was the catalyst,” says Christine Heemskerk, another CTSI joint Lead Officer for Product Safety and Chair of the Consumer and Public Interest Strategic and Advisory Committee at the British Standards Institute. Former Watchdog presenter and consumer champion Faulds Wood carried out an independent review into the recalls system, published in February 2016. 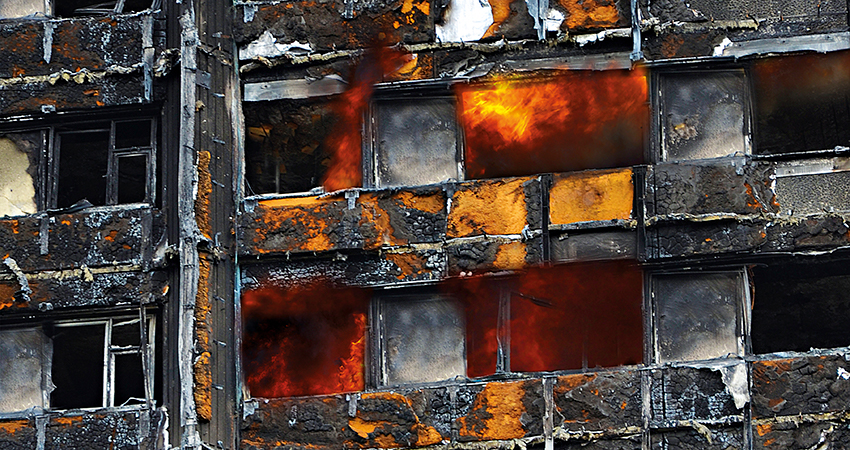 A co-ordinated approach
“In the UK there is always that slight problematic link between national strategy and local delivery,” says Gardiner. “A number of us have been suggesting for the last five years that there needs to be central co-ordination and central support for local trading standards departments. These unfortunate incidents were able to demonstrate just how difficult it was without this central co-ordination for local government to deliver market surveillance in relation to product safety.”
Standards & Safety has the potential to provide a more joined-up approach to product safety and provide local trading standards teams with much-needed support. Services have been cut to the bone across the UK with a reduction in headcount of over 50%, and some authorities now have no product safety specialists, relying instead on generalists.

Gardiner argues the current system does not work because local politicians prioritise funding for vote-winning issues like education and social care, while within trading standards departments themselves there is fierce competition for budget. This can mean departments going after the ‘easy wins’, like rogue traders, rather than taking on multinational corporations over product safety. “Big strategic issues in relation to product safety became everybody else’s problem and therefore nobody’s problem,”says Gardiner, “because everyone passes the buck.”

Up in the air
Safety & Standards, which sits within the Department for Business, Energy and Industrial Strategy (BEIS), hopes to reverse this. The department sought to manage expectations at launch by stating that “not all aspects will be fully operational from day one”.

There will be no changes to the roles of local authorities and other market surveillance authorities, but the Office will provide “specialist services centrally to support consistent national enforcement”. It revealed its first priorities were the setting up of an ‘incident management capability’ to respond to national product safety issues, and improving the accessibility of information on the government’s product recall web pages.

One action it has already carried out is the launch of a voluntary code of practice on recalls for both businesses and trading standards teams. Other pledges include swiftly identifying emerging issues and co-ordinating work on a national scale by drawing on pooled intelligence; providing consumer facing product safety information and advice; providing the specialist capability needed to test products and assess safety risk; and providing technical and scientific expertise and advice. It is early days yet and at the time of writing there are still questions as to how these proposals will work in practice.

“They are very generic and vague,” says Heemskerk. She believes that the ideal solution would be for Safety & Standards to replace the organisation previously known as Local Authorities Co-ordination of Regulatory Services (LACORS), which provided a co-ordination and expertise role.

BEIS has hinted the role of Safety & Standards could evolve in the future and that it could become “an arm’s length independent body” that is funded separately. Currently the Office has a budget of £9m at its disposal for the first year and £12m in future years, but it is unclear as yet how that will be divided.
The number of people that will eventually staff Safety & Standards is as yet unknown but it will include scientists as well as experts in incident management and consumer recalls. The newly formed Office is partly a rebranding of the Regulatory Delivery department, but officials have confirmed all of the £12m annual budget is ‘new’ money.

Local pressures
Hertfordshire County Council’s head of protection, Andrew Butler, believes the Office was necessary to bring product safety into line with other areas of trading standards’ work such as food safety, which has its own national agency in the form of the Food Standards Agency.

“There was no such national co-ordination for product safety and given the importance of the issue and the fact other areas were getting support we certainly felt it was needed,” says Butler. Although his own trading standards team is well resourced – at least compared to other areas of the country – he believes Safety & Standards could play an important role in relieving pressure on product safety officers. 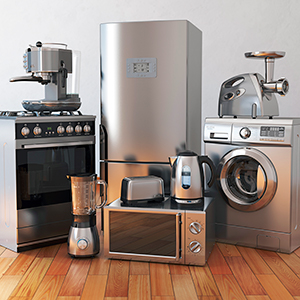 “Some local authorities won’t be dealing with high-profile product safety issues every day, so to have a body that can support you through that process, share best practice and help you understand the risk – and assess that risk – is highly important,” says Butler. “A national co-ordination of proactive work around the sampling of products would be great so local authorities are not duplicating work and targeting our resources in the right areas.” Butler adds that extra funding to help sampling “would be welcome”.

“There have been savage cuts to trading standards. This has made it even more important to try and gain some of the economies of scale of doing some national co-ordination,” says Gardiner. “There will always be a massive shortfall of staff but I certainly think the development of a national body to assist trading standards is something which will allow more to be done with what little there is.

“It will help the situation but in the foreseeable future there will be the need for more resources. I was training a trading standards department on electrical product safety and whilst they were quite a well-funded department they still did not have enough money to do safety testing or have enough staff resource to do full investigations.”

The Brexit question
Another issue that is looming large on the horizon is Brexit, an issue that Livermore warned last year could sound the death knell for the current product safety system. Butler says Brexit and what it means for trading standards legislation is second on the list of businesses’ biggest concerns, second only to data protection.

“Businesses are asking us the questions and we do not necessarily have all the answers at this stage,” says Butler. He is optimistic that Brexit could provide an opportunity to beef up legislation and “improve consumer protection”.

However, this optimism is not necessarily shared by Heemskerk. She warns that if Britain leaves the Customs Union to strike individual deals with other world powers, there could be “divergent standards at best and lowering at worst”.
BEIS says that the new Office will enable the UK to meet the evolving challenges by helping the country to “ready itself to leave the European Union, ensuring that appropriate border checks continue to be carried out”.

Gardiner, in his private sector work, has gained knowledge and insight on product safety regulation outside of the EU through advising countries in the Western Balkans.

“There are significant challenges in just cutting and pasting regulation,” says Gardiner. “Current UK regulations are designed to work within a European framework and once you try to externalise them then you have to come up with other systems.” However, Gardiner believes the primary problems and challenges for product safety come down to resourcing, expertise and competence rather than the regulations themselves.

Safety & Standards has been a long time coming and there is still much to play for in terms of how it develops. It is beyond doubt that a national organisation was needed because product safety within some local authorities is at breaking point. As Grenfell has proven, this is potentially a matter of life or death. But are product safety experts now more optimistic as a result of the foundation of Safety & Standards?

“Optimistic is a bit strong,” Gardiner told us.