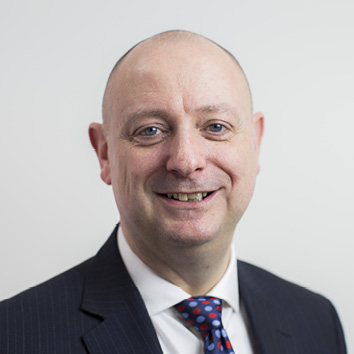 Threats
The EU has implemented the SI / metric system of units of measurement for all economic, public health, public safety and administrative purposes. Post-Brexit, to deviate from the metric system would introduce significant barriers to trade, adversely affect the free movement of goods and undermine the UK’s position as a signatory to the Metre Convention.

Depending on what happens post-Brexit, we could see job losses in the regulatory and conformity assessment bodies, slower access to new technologies, an end to data sharing, and a loss of influence over regulatory policy.

Opportunities
Our economy is built upon principles and confidence in accurate measurement, with more than £600bn worth of goods sold by reference to their mass, quantity or volume in the UK every year.

Leaving the EU creates a one-off opportunity to delayer, modernise and simplify our regime for verifying and testing weighing and measuring equipment – and to create a more proportionate and flexible enforcement regime for legal metrology.

However, remaining as far as possible aligned to the EU market post-Brexit would be the best possible option for UK businesses and consumers from the metrology perspective. It would also be best for the profile, status and influence of the UK as a leading nation in metrology.

Key Findings
It is difficult to see how Brexit can have anything other than a detrimental effect on metrology. It presents more risks than opportunities and is likely to adversely affect UK businesses and consumers, and weaken the influence of the UK government from a policy perspective.

The e-mark allows free movement of UK goods across the borders of EU Member States. It is unclear how this ‘metrological passport’ will operate post-Brexit, with the possibility that UK produce may not be accepted in EU markets if recognition is withdrawn. Therefore, if e-marking of prepackaged products is no longer permissible post-Brexit, UK producers face the very real prospect of additional costs in placing their goods on the EU market. These could include administrative delays, additional inspection and certification costs and/or tariff barriers.

Brexit presents a once-in-a-generation opportunity to secure a fit-for-purpose trading standards system for legal metrology. CTSI calls on the government to establish one that is properly resourced.

IN FOCUS: Measuring up
Post-Brexit, a divergence from the existing legal arrangements governing the use of units of measurement, the regulation of weighing and measuring instruments and quantity control systems would be isolationist. It would also create increased costs and uncertainty for businesses and consumers.

In addition, it would significantly undermine the likelihood of striking new trade deals with non-European countries. The vast majority of developed and emerging non-EU economies use the existing legal arrangements currently employed in Europe.

The impact of local authority cuts on weights and measures inspections cannot be overestimated. Chronic underfunding and a lack of prioritisation and direction has seen the surveillance of an annual £622bn economic function reduced to a position of assumed compliance with negligible regulatory checks.